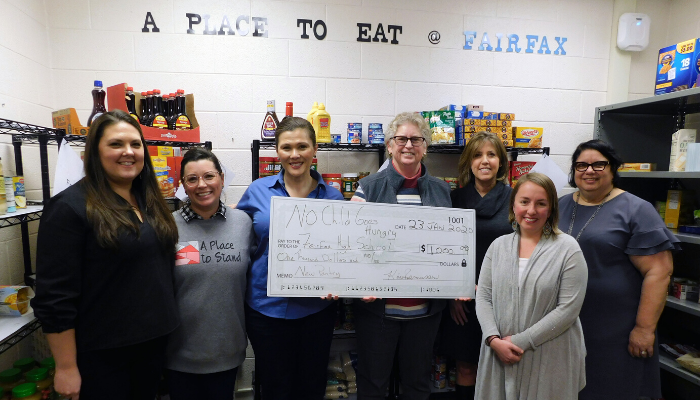 “It’s unbelievable, isn’t it? Just unbelievable that any child should ever go hungry. Whether we’re talking about a child somewhere in the world, a child in the United States, or the kid who lives on your street, hunger is a global issue and right next door.”

These words begin one of Reverend Kären Rasmussen’s most impactful sermons—and one that she has given many times over the past five years. Rev. Rasmussen is a twenty-year veteran of the  U.S. Navy and a childhood hunger advocate who has taken on the mantle of food insecurity with dogged determination as her personal and professional calling. In tandem with her commitment to serving her congregation members as a Unitarian Universalist minister in the Northern Virginia/Washington D.C. area, Rev. Rasmussen is committed to raising much-needed funding for childhood advocacy organizations around the country.

“There are so many social justice issues in our world,” said Rev. Rasmussen. “I have often found that people have one or two issues that rouse them to action, not that they don’t care about the other issues, but I think certain issues strike a chord with individuals and move them to do something about it. For me, a child going to bed hungry at night is one of those issues. It’s unbelievable to me that in our neighborhoods, we have kids who simply don’t have enough to eat or even know if they will have enough food tomorrow.”

Rasmussen has been advocating for childhood hunger relief for over a decade.

“Where I live in Fairfax County, Virginia, it’s one of the richest counties in the United States,” said Rev. Rasmussen. “And still every day—every single day—more than 52,000 children, twenty-five percent of kids who attend Fairfax County Public Schools, qualify to receive free or reduced-price meals. When those kids aren’t in school, who knows if they have any food to eat?  That so many kids in the county that I live in go hungry is just unbelievable.”

Having preached, organized, and advocated with her congregation members to help her battle the issue of childhood hunger for years, Rev. Rasmussen realized that there was an overwhelmingly common barrier to compassionate people actively getting involved in the fight against food insecurity.

“We can become overwhelmed by the enormity of childhood hunger,” said Rev. Rasmussen. “And we are consistently bombarded with images of our world’s greatest needs. On TV, social media, online, billboards, and in the mail, we continually receive requests for help with dire needs of all sorts. Yet, with so many issues facing our country, hunger in particular just seems too large to so many people. Childhood hunger seems like a huge mountain we can’t climb and an ocean we just can’t get our arms around.”

Rev. Rasmussen says that when she talks to people about childhood hunger, amid all the noise, many people are paralyzed by the enormity of the issue and fail to act because they don’t know where to begin. When she realized this barrier to engagement, she turned to her faith.

“I found myself closing my eyes and ears and sitting just for a moment and saying, ‘what can we do? What can I do?’”

As a result, Rev. Rasmussen birthed a concept that has changed the lives of tens of thousands of children. She founded and created the non-profit organization No Child Goes Hungry in 2017.

“I realized that many non-profits battling against food insecurity lack the time, staff, and resources to fundraise,” said Rev. Rasmussen. “I also realized that good people want to help, but the issue of childhood hunger feels so massive that they don’t know what to do. So I created No Child Goes Hungry to bridge the gap by fundraising exclusively on the promise of helping to end childhood hunger. I partner with schools, congregations, individuals, and other organizations to give grants, and 100 percent of donated funds go to feeding kids. I also work with local advocacy groups, assist with networking opportunities, and offer ongoing mentorship. Essentially, No Child Goes Hungry empowers the generous to help end childhood hunger, and the innovative to put food in the hands of children in their neighborhoods.”

Since its founding, No Child Goes Hungry has issued over 189 grants to fellow non-profits, grassroots organizations, schools, and faith-based groups to help them battle childhood hunger locally. It’s a tremendous impact to make in the battle against a cause that many people feel is too massive to impact—and Rev. Rasmussen does it all on her own. While she maintains a small council of advisors, she single-handedly manages donations, counsels non-profits, identifies partner organizations, and ensures the responsible stewardship of her funds—and she’s not slowing down. 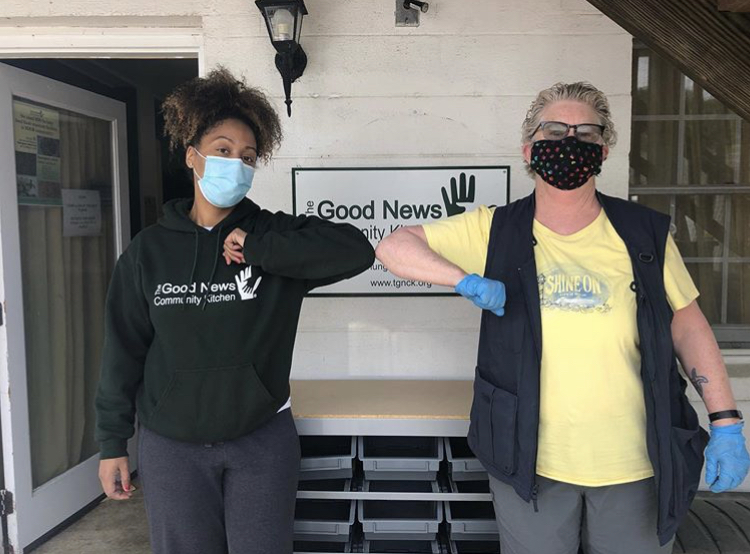 As of September 2021, Rev. Rasmussen had already issued 63 grants. Since its founding, No Child goes Hungry has distributed grants in 33 states, Washington D.C.,  and Honduras. She says that now more than ever, she’s receiving grant requests not from organizations or fellow non-profits but individuals. In particular, moms and teachers are seeking funding to support families in their communities, and it’s a trend that Rev. Rasmussen says she finds inspiring.

“Awareness of No Child Goes Hungry is growing in communities that need our support. Across the country, hunger advocacy organizations and compassionate neighbors are all battling the same issue and fighting for the same cause. I’m committed to growing No Child Goes Hungry’s impact—one child, one meal at a time.” 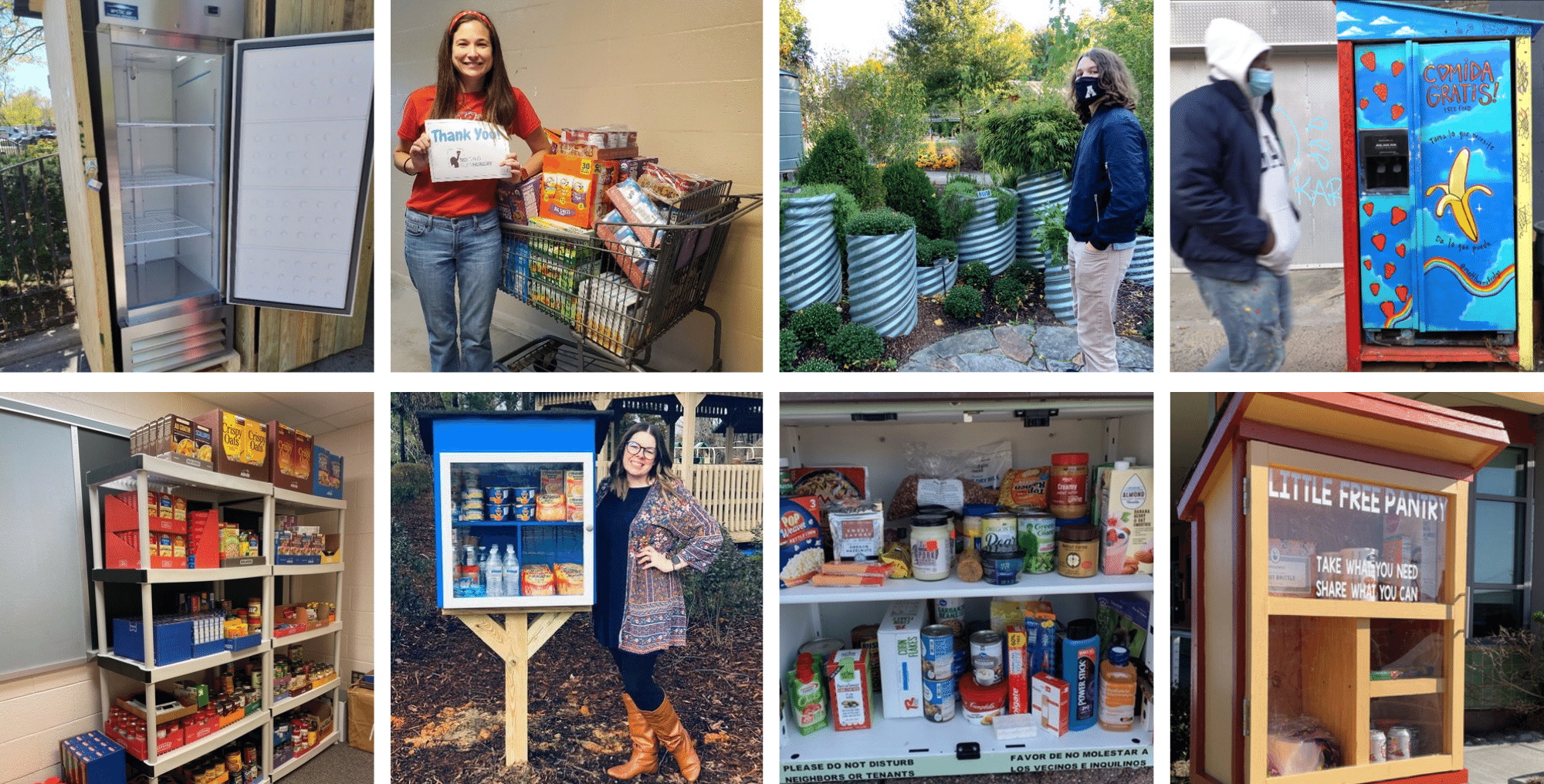 “If they can dream it, I work to fund it,” said Rev. Rasmussen.

Her advice for those who want to make a difference but don’t know where to begin?

“Call your local elementary school and just ask what they need,” she said. “Ask how you can help. Anyone—everyone—can make a difference in the fight against food insecurity.”

To learn more about No Child Goes Hungry, visit them online at www.nochildgoeshungry.net.

No Child Goes Hungry (NCGH) is a registered 501(c)3 non-profit dedicated to the elimination of childhood hunger, one kid, one meal at a time.

Subscribe to our newsletter. We respect your inbox and your privacy, so you can unsubscribe at any time.